We talked with psychology professor Daniel Willingham about his recent New York Times piece, “The High Price of Multitasking.” Here, he lays out the huge risks and offers tips to lessen the threats that come with doing more than one thing at a time.

You’re driving home from work when your phone rings. Your son wants to know if his girlfriend can stay for dinner. Your mind runs through what is in the refrigerator and the cupboards before you can offer your reply. “Of course!” you say.

In the 20 seconds it takes to perform these tasks – answering the phone, doing a memory scan of your kitchen and formulating a response – you’ve taken your mind off the hugely important task at hand: driving a multi-thousand-pound vehicle at a high rate of speed.

Daniel Willingham is a University of Virginia professor of psychology and the director of graduate studies in the Department of Psychology. He also writes regular commentaries on the cognitive science behind everyday life for the New York Times. His most recent is called “The High Price of Multitasking.”

Smartphones are in everyone’s hands and prove to be a big distraction. They provide unprecedented access to information and opportunities to multitask. Today any activity can be accompanied by music, selfies or social media updates.

Willingham said music is especially tempting to people, who may turn on some tunes to help alleviate the boredom of a task, like writing a term paper. Music also increases arousal, which helps you stay focused. But while a good distraction, he said it’s not the best thing to have on when driving.

Willingham talked with UVA Today about how technology makes it easier than ever to multitask and why we need to pay attention to how much – or how little – we are paying attention.

Q. What happens in the brain when people multitask?

A. When you multitask, your brain thinks it is doing two things at once. But you’re not.

Sometimes you are asking one mental process to do two things that are incompatible, like watching the road and watching your phone screen. But even when there’s not direct conflict, as when you talk on hands-free phone and drive, there’s still impairment. That’s because even though it feels as though you’re doing them simultaneously, you’re actually switching between the two tasks, and switching always carries a cost.

A. The research here is very interesting. It finds that hands-free or hand-held phone activity impair driving equivalently; there is no difference. So these laws are not affecting the problem they are created to solve.

Q. What are some things people can do to lessen the risks that come with multitasking and being more in the moment?

A. Divide your tasks and create down time between them instead of toggling swiftly between them. I didn’t get into this in the New York Times piece, because it’s just a highly unrealistic suggestion; but using your phone and driving is just not a good combination. And music and even conversations between drivers and passengers is simply dangerous.

Think about it – when you are driving in a snowstorm, you will often shush your children or mute the radio so you can concentrate. Innately, people know they need silence when driving in challenging conditions. Most of the time you get away with multitasking because, for experienced drivers, driving is usually not that challenging. The problem is that you can’t predict when a dangerous situation will arise and you’ll need all of your attention, and fast. That’s why accident rates are higher when people listen to music.

Q. Why is it important for people to take stock of how much multitasking they are doing?

A. People should be realistic about the poor task performance that comes with doing too much at once. But people should also be ready to stop in the moment. People will not stop listening to music on road trips or even when they are running errands in their cars, but consider muting it in challenging traffic and weather conditions. Multitasking in humans is inevitable, but if people are at least aware that it’s not a great thing to do and can stop on a dime, that will help. 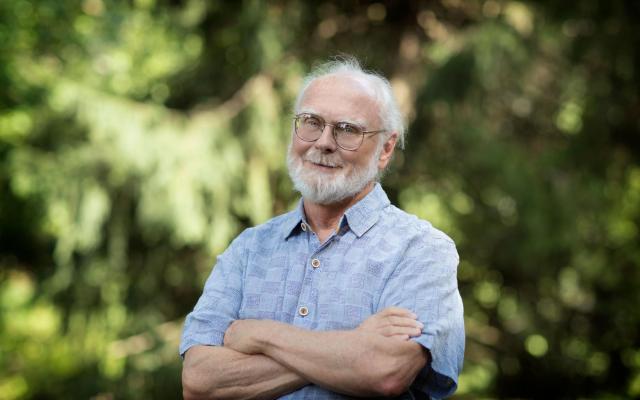 English professor Stephen Railton and colleagues are collaborating on a website that shows characters, events and locations of fictional Yoknapatawpha County prevalent in Faulkner’s work.