Doing Something is Better Than Doing Nothing for Most People, Study Shows

Most people are just not comfortable in their own heads, according to a new psychological investigation led by the University of Virginia. 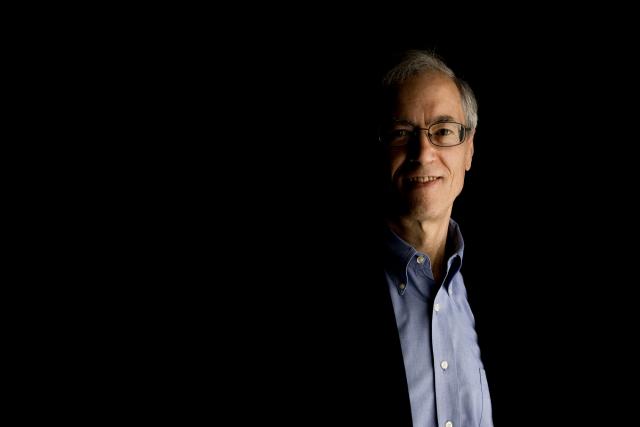 The investigation found that most would rather be doing something – possibly even hurting themselves – than doing nothing or sitting alone with their thoughts, said the researchers, whose findings will be published July 4 in the journal Science.

In a series of 11 studies, U.Va. psychologist Timothy Wilson and colleagues at U.Va. and Harvard University found that study participants from a range of ages generally did not enjoy spending even brief periods of time alone in a room with nothing to do but think, ponder or daydream. The participants, by and large, enjoyed much more doing external activities such as listening to music or using a smartphone. Some even preferred to give themselves mild electric shocks than to think.

“Those of us who enjoy some down time to just think likely find the results of this study surprising – I certainly do – but our study participants consistently demonstrated that they would rather have something to do than to have nothing other than their thoughts for even a fairly brief period of time,” Wilson said.

The period of time that Wilson and his colleagues asked participants to be alone with their thoughts ranged from six to 15 minutes. Many of the first studies involved college student participants, most of whom reported that this “thinking period” wasn’t very enjoyable and that it was hard to concentrate. So Wilson conducted another study with participants from a broad selection of backgrounds, ranging in age from 18 to 77, and found essentially the same results.

“That was surprising – that even older people did not show any particular fondness for being alone thinking,” Wilson said.

He does not necessarily attribute this to the fast pace of modern society, or the prevalence of readily available electronic devices, such as smartphones. Instead, he thinks the devices might be a response to people’s desire to always have something to do.

In his paper, Wilson notes that broad surveys have shown that people generally prefer not to disengage from the world, and, when they do, they do not particularly enjoy it. Based on these surveys, Americans spent their time watching television, socializing or reading, and actually spent little or no time “relaxing or thinking.”

During several of Wilson’s experiments, participants were asked to sit alone in an unadorned room at a laboratory with no cell phone, reading materials or writing implements, and to spend six to 15 minutes – depending on the study – entertaining themselves with their thoughts. Afterward, they answered questions about how much they enjoyed the experience and if they had difficulty concentrating, among other questions.

Most reported they found it difficult to concentrate and that their minds wandered, though nothing was competing for their attention. On average the participants did not enjoy the experience. A similar result was found in further studies when the participants were allowed to spend time alone with their thoughts in their homes.

“We found that about a third admitted that they had ‘cheated’ at home by engaging in some activity, such as listening to music or using a cell phone, or leaving their chair,” Wilson said. “And they didn’t enjoy this experience any more at home than at the lab.”

An additional experiment randomly assigned participants to spend time with their thoughts or the same amount of time doing an external activity, such as reading or listening to music, but not to communicate with others. Those who did the external activities reported that they enjoyed themselves much more than those asked to just think, that they found it easier to concentrate and that their minds wandered less.

The researchers took their studies further. Because most people prefer having something to do rather than just thinking, they then asked, “Would they rather do an unpleasant activity than no activity at all?”

The results show that many would. Participants were given the same circumstances as most of the previous studies, with the added option of also administering a mild electric shock to themselves by pressing a button.

Twelve of 18 men in the study gave themselves at least one electric shock during the study’s 15-minute “thinking” period. By comparison, six of 24 females shocked themselves. All of these participants had received a sample of the shock and reported that they would pay to avoid being shocked again.

“What is striking,” the investigators write, “is that simply being alone with their own thoughts for 15 minutes was apparently so aversive that it drove many participants to self-administer an electric shock that they had earlier said they would pay to avoid.”

Wilson and his team note that men tend to seek “sensations” more than women, which may explain why 67 percent of men self-administered shocks to the 25 percent of women who did.

Wilson said that he and his colleagues are still working on the exact reasons why people find it difficult to be alone with their own thoughts. Everyone enjoys daydreaming or fantasizing at times, he said, but these kinds of thinking may be most enjoyable when they happen spontaneously, and are more difficult to do on command.

“The mind is designed to engage with the world,” he said. “Even when we are by ourselves, our focus usually is on the outside world. And without training in meditation or thought-control techniques, which still are difficult, most people would prefer to engage in external activities.”