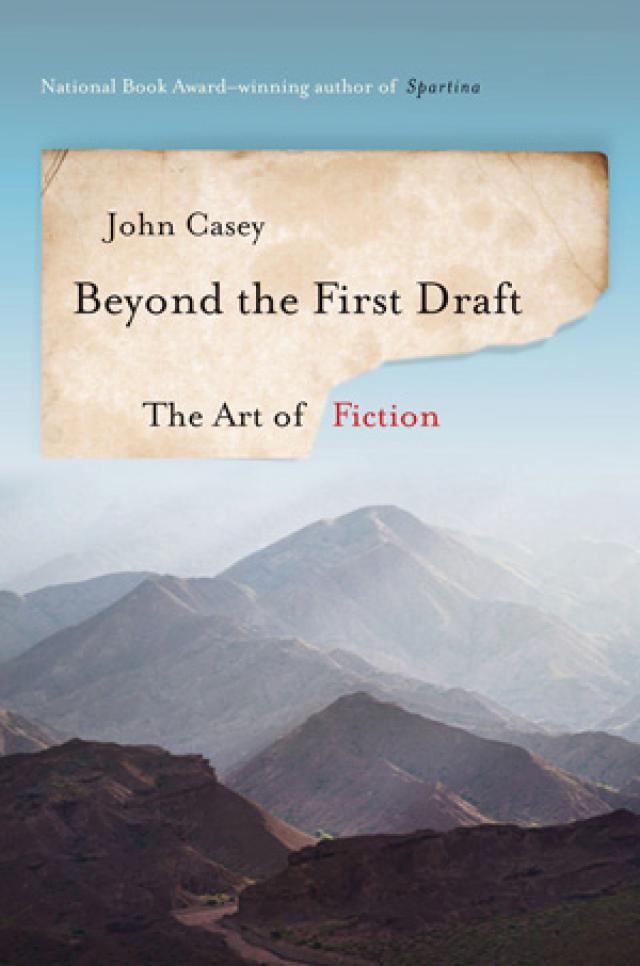 John Casey, “Beyond the First Draft: The Art of Fiction.” W.W. Norton.

English professor John Casey likens the writing process to walking in the woods: “I’ve been into the woods a lot. Sometimes I found the trail. Sometimes I lost it. Sometimes I had to spend the night in a pile of dead leaves.

“These essays are suggestions about things to do, things to think about, when your writing has got you lost in the woods.”

Novices and experienced authors alike can find helpful advice in his new book, “Beyond the First Draft,” which examines other writers’ methods and habits, as well as his own, and close readings of literature from Aristotle to Zola.

From the publisher: “In ‘Dogma and Anti-dogma,’ Casey sets out some tried-and-true advice and then comments on when to apply it and when to ignore it. In ‘What’s Funny,’ he considers the range of comedy from pratfalls to elegant wit. In ‘In Other Words,’ he discusses translations and the surprising effects that translating can have on one’s native language. In ‘Mentors,’ he pays tribute to those who have guided him and other writers. Throughout the 14 essays there are notes on voice, point of view, structure and other crucial elements.”

“Personal, insightful, colorfully anecdotal, ‘Beyond the First Draft’ is more than a writer’s handbook,” wrote former student Eleanor Henderson, author of “Ten Thousand Saints.” “It’s a singular contribution to the conversation about how fiction is made and what it can do.”

Casey, the Henry Hoyns Professor of Fiction in the Creative Writing Program, won the 1989 National Book Award for his novel, “Spartina.” Two decades and four books later, he published a sequel, “Compass Rose.”

His other works include the novels “The Half-Life of Happiness” and “An American Romance”; a collection of short stories plus a novella in “Testimony and Demeanor”; and translations of the Italian novels, “You’re an Animal, Viskovitz,” written by Alessandro Boffa, and “Enchantments,” written by Linda Ferri. In 2011, he published a collection of essays, “Room for Improvement,” about the range of sports and outdoors adventures he has undertaken over 50 years.

Casey was born in 1939 in Worcester, Massachusetts, and graduated from Harvard University and the University of Iowa’s Writers Workshop. He also has a law degree from Harvard, but chose a writing career after taking a workshop with the late Peter Taylor, who eventually persuaded Casey to give teaching a try. Casey joined U.Va.’s English department in 1972.

He had to resign his position in 1993 when he won a Mildred and Harold Strauss Living Award from the American Academy of Arts & Letters. The award required that he hold no other job while receiving $50,000 a year for five years. After that time, he returned to the Creative Writing Program.

For more background, see this 2007 profile.