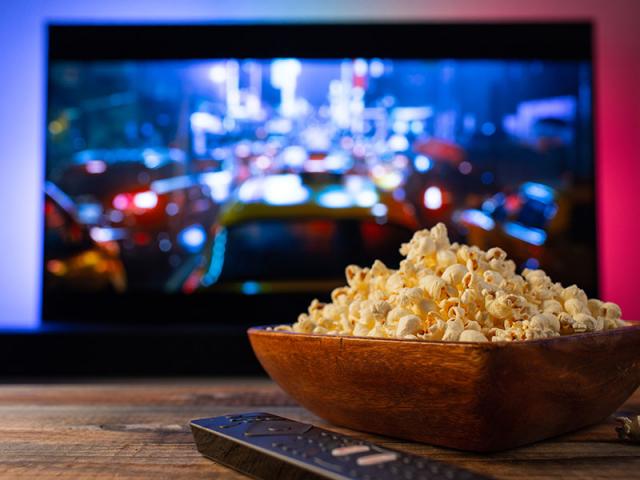 Despite the challenges posed by the pandemic, the 33rd annual Virginia Film Festival opens today, featuring a virtual program of more than 50 films and events over five days. This year's festival includes several drive-in movies for a safe and socially distanced movie viewing experience. The schedule also includes recorded panel discussions with special guests, including actress Annette Bening, who stars in the upcoming film “Death on the Nile”; Tony and Grammy Award-winning performer Leslie Odom, Jr.; and actors Ethan Hawke and Linda Hamilton. Arts & Sciences faculty will also play key supporting roles, introducing films and moderating many of the panel discussions that will following Festival screenings. This year’s Festival also features the work of four A&S students whose films will be showcased in a collection of shorts by young Virginia filmmakers.

Most of the festival’s films and pre-recorded discussions and conversations with special guests will be available for viewing at any time from October 21-25. For ticket information and a complete list of films and events, visit the VFF website.

Here is a list of scheduled VFF appearances by Arts & Sciences faculty and students:

After returning home from college to live with her parents, 28-year-old Aleksi struggles to fight off her boredom as she searches for a job as a photographer. Shot entirely on the beautiful Croatian coast, this indie-style dramedy tackles the topic of “the second coming of age” and the challenge of figuring out life goals on the brink of one’s thirties. Introduction by Stan Stepanic (Slavic Languages & Literatures).

Charlottesville filmmaker Eduardo Montes-Bradley sits down with composer, conductor and teacher of choral music, Alice Parker, in this intimate portrait of a true musical pioneer and her lasting impact on choral music and all the people who experience it. Parker shares stories of her remarkable 70-year career, clearly demonstrating her boundless passion for music, for life and for kindness. A discussion with director Eduardo Montes-Bradley and subject Alice Parker, moderated by Michael Slon (Music), follows.

A Conversation on Netflix’s Athlete A

A Conversation on Showtime’s The Good Lord Bird

Actor, writer, director and four-time Academy Award nominee Ethan Hawke will be joined by award-winning author James McBride for a conversation about “The Good Lord Bird,” the new Showtime series based on McBride’s book of the same title in which Hawke portrays abolitionist John Brown. The conversation, moderated by William Little (Media Studies), will also include Joshua Caleb Johnson, who co-stars in the series, executive producer and showrunner Mark Richard, and costume designer Amy Andrews Harrell.

In November 2016, an unprecedented election cycle had exposed a seismic cultural rift, and to many, the United States suddenly felt like a much different place. For underground cartoonist Matt Furie, that sensation was even more surreal. Throughout the course of the election, his comic creation Pepe the Frog, had unwittingly become a grotesque political pawn, venerated by domestic terrorists and racist organizations. This documentary feature explores this unexpected cultural rift and offers a vivid, moving portrait of an artist battling to regain control of his vandalized creation. A discussion with director Arthur Jones and producer Giorgio Angelini, moderated by Siva Vaidhyanathan (Media Studies), follows.

“Filmfarsi,” a term jokingly coined by critics referring to the rowdy and melodramatic genre films made in Iran from the early 1950s to 1979, reflects on a flourishing film industry which has virtually been erased since the Iranian Revolution. This documentary uncovers a cinema of stereotypical characters, melodramatic plots, and campy song and dance routines which presented a troubling mirror for the country as Iran struggled to reconcile its religious traditions with the turbulence of modernity and Western influences. Discussion with director Ehsan Khoshbakht, moderated by Samhita Sunya (Middle Eastern and South Asian Languages and Cultures), to follow.

With over 90% of American seafood imported from other countries, most consumers are blissfully ignorant of the grave threat the global seafood trade poses to local fishing communities and public health. In response to this, a movement of local communities, pioneering fishers, and celebrated chefs work to reinvent the model of demand to provide locally sourced, safe fish to seafood lovers. This informative documentary asks viewers if they really know where their food comes from while revealing the importance of supporting local food economies. A discussion with directors Adam Jones and Darby Duffin, and subject Russell Sherman, moderated by Paul Freedman (Politics), follows.

Through audacious formal experimentation, filmmaker and artist Ja’Tovia Gary unleashes an arsenal of techniques and materials, including direct animation on archival 16mm film, cinema vérité, and montage editing to explore the creative virtuosity of Black femme performance while interrogating the histories of those bodies and lives as spaces of forced labor and commodified production. Filmed on location in Harlem, and in Claude Monet’s historic gardens in Giverny, France, this documentary offers a multi-textured cinematic poem that meditates on the safety and bodily autonomy of Black women. A discussion with director Ja’Tovia Gary, moderated by Kevin Everson (Art), to follow.

(A short film that screens before Fish & Men)

GOOD OL GIRL follows three young Texas cowgirls tasked with carrying on their families’ legacies amidst a volatile landscape and industry. The film explores the modern western United States, a place where the male cowboy mythology must answer to a new, honest and provocative female story. A discussion with director Sarah Brennan Kolb and subject Mandy Dauses, moderated by Allison Pugh (Sociology), to follow.

Hamtramck, Michigan, is a city built by immigrants. Once a town that was 90% Polish, it became the first Muslim majority city in America. Now, this new wave of immigrants seeks to gain representation in city hall. Focusing on three individuals’ campaigns during one election season, this documentary highlights the ability of candidates to build support, coalitions and partnerships across ethnic and religious lines while highlighting the lives, celebrations and cultures of those calling Hamtramck home. A discussion with directors Justin Feltman and Razi Jafri and moderated by Shilpa Davé (Media Studies) follows.

Lago Gatún is the story of a journey through the Panama Canal. Introduction by director Kevin Everson (Art).

In the town of Tamil Nadu in India, a small Muslim community lives alongside the town’s Hindu population. Nasir is a Muslim family man who struggles to make ends meet for mother Fatima, wife Taj and nephew Iqbal who live with him in a closely populated ghetto. Director Arun Karthick brings audiences fully into Nasir’s everyday world where the threat of violence hangs always in the periphery. A discussion with producer Mathivanan Rajendran, moderated by Aswin Punathambekar (Media Studies), follows.

At the age of seven, Filmmaker Medhin Tewolde Serrano recounts her first experience of being called Black by a stranger on the streets of Mexico, the first time she becomes conscious of her racial identity and the prejudice that comes with it. Curious if her encounter was unique, Serano seeks out the experiences of other Black Women and tells the stories of five afro-descendant women from Mexico’s southern region, stories that expose racism, resistance through the processes of self-acceptance, strategies for transcending stereotypes, and ultimately, the celebration of identity. A discussion moderated by Sonia Alconini (Anthropology) follows.

Why are so many civilians angry? The Offensive looks for answers in the stories of the people who are turning away from traditional politics. Who are ‘the offensive’ who shake the European Union to its very core? Each episode of this seven-part documentary features three parallel stories from different European countries. Old fragments of the European dream of peace and prosperity are combined with more recent reports on the political climate in Europe. This seven-part documentary series urges the viewers to think for themselves in a debate that is becoming increasingly poisoned by fake news. A discussion with director Luc Lemaitre and subject Jan Antonissen, moderated by Manuela Achilles (Germanic Languages and Literatures), to follow.

Capturing a rare look at a country scored by poverty and political strife, Serenade for Haiti recounts the resilience of the Sainte Trinité Music School community. When a catastrophic earthquake destroys the school in 2010, traumatized faculty members and students unite to find solace through the power of classical music. A discussion with director Owsley Brown and UVA's Diane Hoffman, moderated by Marlene Daut (Carter G. Woodson Institute/American Studies), follows.

There is No Evil

Banned from filmmaking in Iran, director Mohammad Rasoulof returns to cinema with a moving critique of capital punishment in his home country. This brilliant anthology feature unfolds across various separate narratives detailing how four Iranians tasked with enforcing the country’s death penalty struggle with their options and grapple with the fallout of their choices. Told with compassion, this story of moral introspection is both uniquely Iranian and incredibly universal. Introduction by Pardis Minuchehr (Middle Eastern and South Asian Languages and Cultures).

Soon after Muzamil’s birth, a traveling sheik prophecies that he will die at age 20. Muzamil’s father, distraught by the implications of the prophecy, abandons his family, leaving his wife to raise their son on her own. Despite his fate, Muzamil becomes increasingly curious about life beyond his mother’s care and is soon allowed to study the Quran with the other children his age, discovering friends, enemies, love, and temptation. This daring “coming-of-death” feature offers an examination of the passage of time marked by an intense yearning and the anticipation of loss. A discussion with director Amjad Abu Alala, moderated by Samhita Sunya (Middle Eastern and South Asian Languages and Cultures), follows.