Scientists on January 6 released online one of the largest and richest databases in the history of astronomy – more than 100 terabytes of data containing measurements of the properties of nearly half a billion stars and galaxies.

The data from the Sloan Digital Sky Survey III enables scientists worldwide to search nearby stars for planets, probe the history of the Milky Way, and measure 9 billion years of the accelerating expansion of the universe.

An infrared map of the Milky Way, showing the plane and bulge of the galaxy full of stars and dust.

Using the 2.5-meter Sloan Foundation Telescope at Apache Point Observatory in New Mexico, the Sloan Digital Sky Survey began mapping the cosmos in 1998. Equipped with a succession of powerful instruments for a distinct set of astronomical surveys, the third iteration of the sky survey, SDSS-III, started observations in July 2008 and completed its six-year, $45 million program in June 2014. The SDSS-III collaboration includes 51 member institutions, including the University of Virginia, and 1,000 scientists from around the world.

SDSS-III has devoted most of its observations to measuring spectra: passing light from individual stars and galaxies through a fiber-optic spectrograph, which divides light into component wavelengths much like a prism separates light into the colors of the rainbow. By measuring several thousand light intensities at different wavelengths, astronomers can pick out the light produced by particular kinds of atoms and molecules and measure the motions and chemical compositions of stars and galaxies. 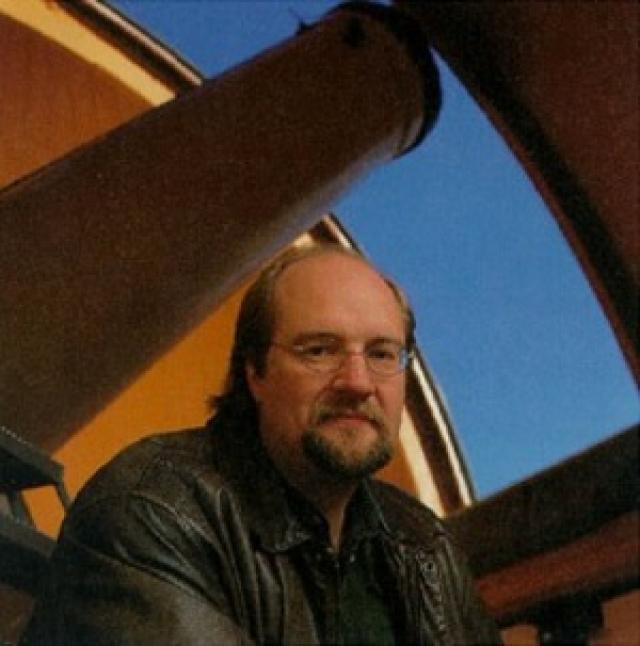 “Mapping out the elements in a star is like reading its DNA,” said U.Va. astronomer Steve Majewski, the principal investigator of the Apache Point Observatory Galactic Evolution Experiment, or APOGEE, one of four surveys that constitute SDSS-III. “We’re using those DNA readings to decode the history of the Milky Way from the stars that we can observe today.”

By looking in near-infrared wavelengths to see through obscuring dust clouds, Majewski’s APOGEE team has mapped the distribution of 15 separate chemical elements in more than 100,000 stars, probing all regions of the Milky Way.

“That’s a huge amount of information,” Majewski said. “Each element reveals a different subplot in this galactic screenplay. Sometimes the interactions between the characters are quite surprising!”

APOGEE is the first comprehensive study of the chemistry of Milky Way stars in vast regions normally hidden by veils of galactic dust and is providing insight to the processes that make stars and that drive the formation and evolution of galaxies.

The project uses a high-resolution, infrared-sensitive spectrograph largely designed and built by a U.Va. team led by astronomer John Wilson, an expert in the design of infrared cameras and spectrographs. The one-of-a-kind, advanced-technology APOGEE spectrograph, connected to the 2.5-meter telescope at Apache Point, allows the acquisition of unprecedented information about the dynamics and chemical constitution of Milky Way stars.

SDSS-III yesterday also released data from three other projects, which reveal the possible motions of dozens of unseen orbiting planets of 3,000 nearby stars; present three-dimensional maps of cosmic structure traced by galaxies and intergalactic hydrogen across 9 billion years of cosmic history; and measure visible-light spectra of a quarter-million Milky Way stars, allowing mapping of the structure in the outer galaxy.

The data will fuel science analyses for years to come, putting the full power of SDSS III in the hands of scientists and the public. The Sloan Survey is continuing at full speed with a new project, SDSS-IV, which began in July on a six-year mission to study cosmology, galaxies and the Milky Way.

“It’s a big universe out there, so there is plenty more to observe,” said Daniel Eisenstein of the Harvard-Smithsonian Center for Astrophysics and director of SDSS-III.