Two Hours Before Curtain: Backstage as UVA Drama Prepares to Open The Rimers of Eldritch 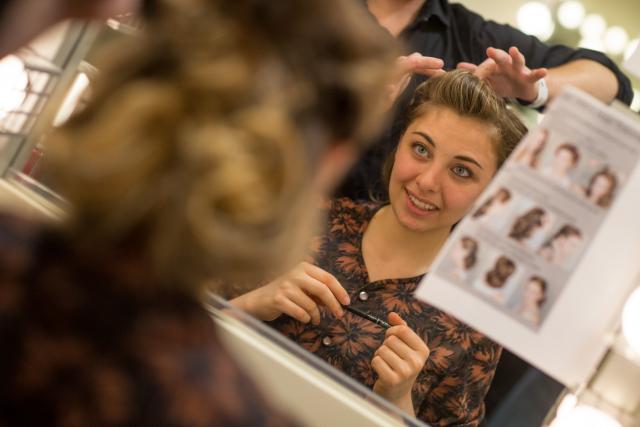 On November 13th at the Ruth Caplin Theatre, the Department of Drama opened its production of “The Rimers of Eldritch,” a work that focuses on the hypocrisy of everyday lives in a run-down Missouri town in 1965.

Directed by Doug Grissom, U.Va. associate professor of playwriting, the play depicts a once prospering mining town that suddenly becomes home to a scandalous murder trial.

Grissom describes the award-winning play as a “perfect theatrical machine” because it conveys its story in a mosaic structure by fragmenting time. It’s this non-linear approach to time that made “The Rimers of Eldritch” an Off-Broadway success in 1966.

Rather than focusing on just the murder trial, playwright Lanford Wilson uses the trial as a prism to see the town’s decrepit nature.

“There is no protagonist, and there is no antagonist,” Grissom said. “The town itself serves as both.”

“First staged almost 50 years ago, the themes and incidents of ‘The Rimers of Eldritch’ still resonate today,” said Tom Bloom, chair of the drama department.

In keeping with the play’s mosaic structure, photographs of fragmentary moments backstage just prior to performance capture the excitement of the play’s opening night at the Ruth Caplin Theatre.