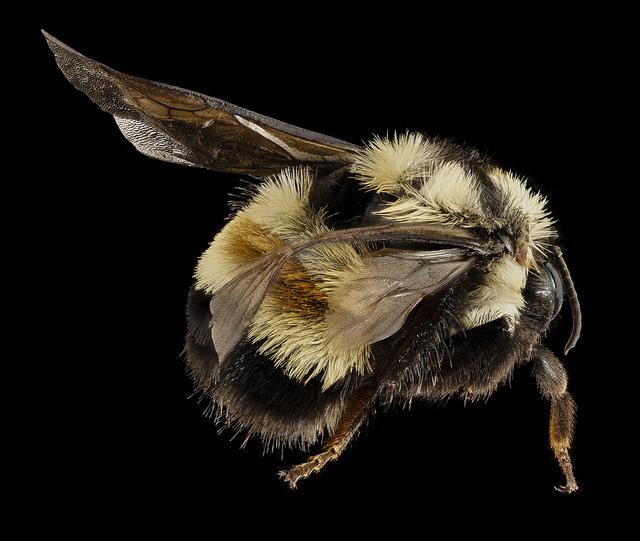 The rusty patched bumble bee was thought to have been extinct in this part of the country, but a team led by U.Va. environmental scientist T'ai Roulston found one at Sky Meadows State Park and will be searching for a colony in the spring.

Rusty patched bumble bees were once a common sight, flitting from flower to flower to sip nectar and transfer pollen. But that species of bee had not been seen in the eastern United States for five years, and researchers feared that one of nature’s most efficient pollinators was headed for extinction.

This summer, though, a research team led by a University of Virginia professor and two members of the Smithsonian Conservation Biology Institute spotted a rusty patched bumble bee at Sky Meadows State Park in Delaplane, Virginia. It was only one worker bee from the rusty patched species, out of the nearly 35,000 bees belonging to 126 species collected and examined in the study, but its identification raises the possibility that this extremely rare species may be hanging on.

“In 20 years of studying bees, I have never seen a rusty patched,” said T’ai Roulston, research associate professor in the College of Arts & Sciences’ Department of Environmental Sciences and a member of the research team. “Where there is a worker bee, there is a colony and maybe more than one. As they’ve gone underground for the winter, we can actively look for the colony next spring, study them and what might be affecting the species.

“We’ve either found rusty patched bumble bees that have developed a resistance, or we’ve discovered one of the last colonies and will get one more glimpse before they disappear forever.” 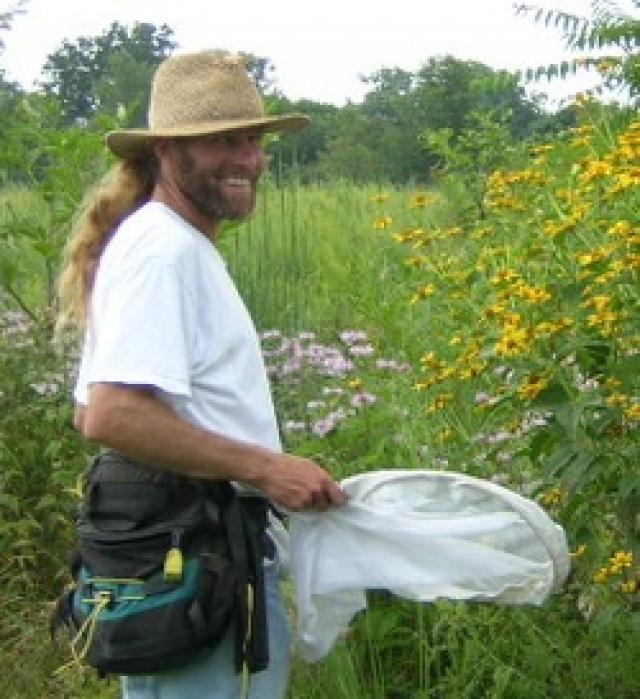 Curator of the State Arboretum of Virginia, Roulston collaborated on the study with Bill McShea and Tom Akre of the Smithsonian Conservation Biology Institute. They surveyed bee populations at 17 Virginia sites from May through August to study the influence of land management on bee diversity. The study is part of Virginia Working Landscapes, a collaborative research program aimed at discovering ways private landholders can practice biodiversity management.

Nearly 70 percent of all flowering plants reproduce due to pollination by bees and other pollinators. About one third of the human food supply depends on insect pollination, most of which is accomplished by bees. Until this summer’s sighting, the rusty patched bumble bee (Bombus affinis) was believed to have disappeared from 87 percent of its range in the Upper Midwest and Eastern Seaboard.

“We thought this bumble bee was extinct. Finding one bee, well this is the stuff conservationists live for,” McShea said. “The decline of bee species is of great conservation concern, and scientists are actively investigating potential causes to figure out what the culprit is. If we lose bees, we lose critically important pollinators.”

Many native bee pollinators are at risk due to habitat loss and fragmentation, climate change, pesticide use and introduced disease. The cause of the rusty patched bumble bee’s decline is not known for certain, but it may be related to the accidental introduction of a virulent European fungus, Nosema bombi, which has been implicated in the sudden decline of several other species of bumble bee across the U.S., including the American bumble bee (Bombus pensylvanicus), which the research team found at four private landowner sites during its surveys.

Because the rusty patched bumble bee is now so rare, there has been little opportunity to study what affects its populations.

“At least now we have a place where we know we can return and hopefully find a stable pocket of this species,” Roulston said. “We know relatively little about why it’s disappeared, in part because no one knows where to go and find them in any abundance. So it’s been difficult to understand what’s wrong with them.”

In the case of the bee identified this summer, volunteer naturalists collected the specimens that were sorted and identified by U.Va. staff based at the University’s Blandy Experimental Farm in the Shenandoah Valley. Seven bumble bee species, including the rusty patched bee, were found at Sky Meadows State Park this year.