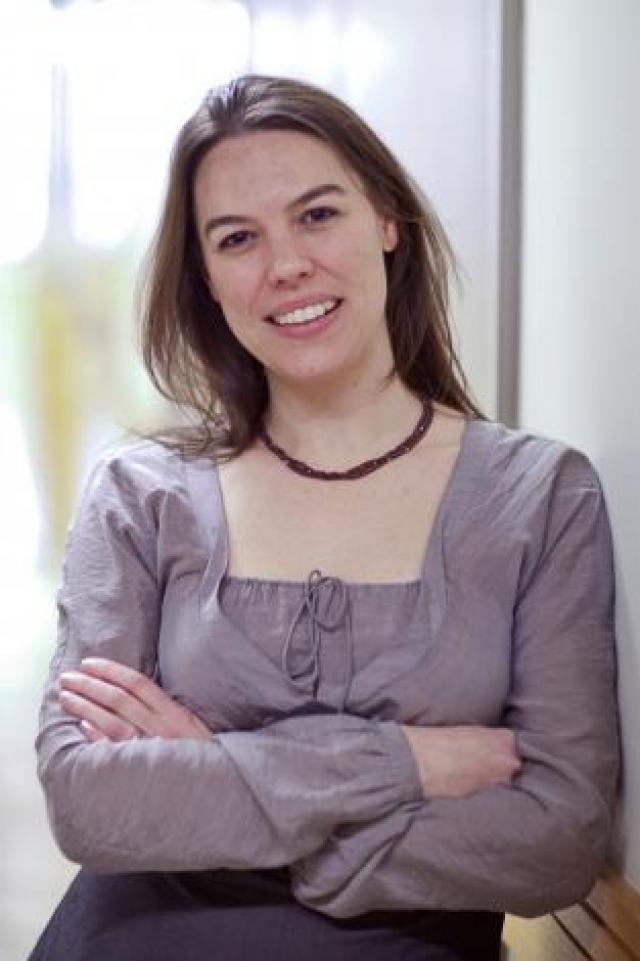 Every once in a while in the U.S., bacterial meningitis seems to crop up out of nowhere, claiming a young life. Part of the disease’s danger is the ability of the bacteria to evade the body’s immune system, but scientists are now figuring out how the pathogen hides in plain sight. Their findings, which could help defeat these bacteria and others like it, appear in the Journal of the American Chemical Society.

The laboratories of Linda Columbus, an associate professor of chemistry and molecular physiology and biological physics, and Peter Kasson, an associate professor of molecular physiology and biological physics and biomedical engineering at the University of Virginia, explain that the bacteria Neisseria meningitidis, one cause of meningitis, and its cousin Neisseria gonorrhoeae, which is responsible for gonorrhea, have key-like proteins that allow them to enter human cells and do their damage.

Gonorrhea can be cured, although one type of the responsible bacteria has reached “superbug” status, becoming resistant to known drugs. If meningitis is not treated immediately with antibiotics, it can cause severe disability and death.

In a search for new ways to treat these diseases, scientists are looking more closely at how the bacteria sneak around in the body undetected. When someone gets an infection, specific proteins – called antigens – that stud the pathogen’s outer layer usually raise an alarm, and the body’s immune system goes on the attack. But these two kinds of Neisseria bacteria can elude the body’s look-out cells, and Columbus’ team wanted to know how.

They combined two approaches to figure out the architecture of one of the bacteria’s outer proteins that help it gain entry into human cells. They found that the protein’s outer loops jostle against each other, causing their structure to constantly change. This shape-shifting makes for a kind of camouflage that hides them from the body’s sentinels, at the same time preserving their ability to bind to and enter a person’s cells. This deeper understanding could help lead to new treatments for bacterial diseases, the scientists state.

The authors acknowledge funding from the National Science Foundation, Cottrell Scholar Award, the University of Virginia nanoSTAR and the National Institutes of Health.